We’ve spoken a lot in the past about the crucial role our 30+ volunteer Forum Managers play neighborhood by neighborhood, community by community.

Now that we have some serious grant resources from the Knight Foundation, we’ve been investing strategically in how to support those volunteers with the kind of inclusive outreach that from our experience takes more time and effort than anyone can reasonably expect of volunteers.

This summer, we have an amazing summer outreach team out in the community.

The most up-to-date list as well as information on other staff is available here.

As of today, here is our awesome field team for St. Paul. (Wouldn’t it be great if we could find a way to do this beyond the summer and across the river in Minneapolis and beyond! Contact us if you can help us make that happen.)

2012 Summer Outreach Team-Â Meet the people who are making this summer happen! 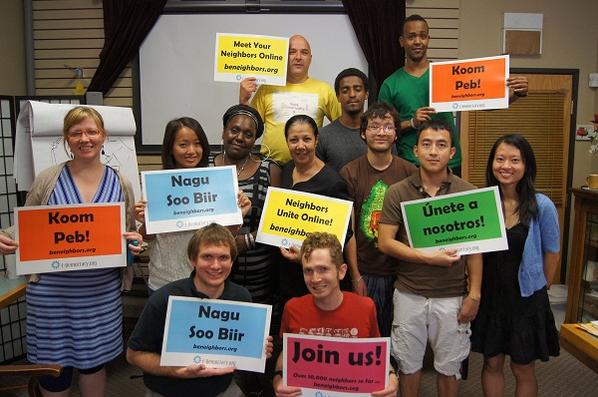 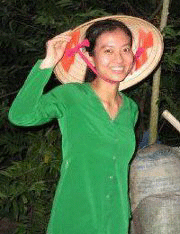 Angelina Nguyen
Angelina’s family came to Saint Paul as refugees from Vietnam in the early 1990s. She has taught computer literacy to bridge the digital divide between generations and socio-economic classes and English to immigrant adult learners, and managed a Get Out the Vote campaign in the Frogtown neighborhood. She has a Bachelor of Arts in political science and a Bachelor of Science in economics with a minor in mathematics from the University of Minnesota, and she was recently awarded a Master’s of Development Practice by the Humphrey School of Public Affairs. She is a member of the Board of Directors of Humanitarian Services for the Children of Vietnam and a member of the Vietnamese Culture and Science Association â€“ Minnesota Chapter. Angelina co-leads outreach in north Saint Paul and is focusing her outreach efforts in Payne Phalen (D5) and the Asian community. 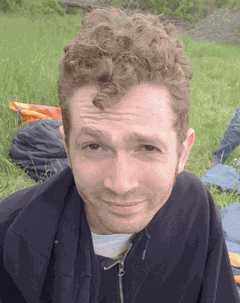 Dan Gordon
Dan was raised in Duluth, Minnesota and graduated with a degree in Urban Studies from the University of Minnesota. He’s been involved with organizing campaigns in the Twin Cities for immigrantsâ€™ rights, equal access to higher education, and putting an end to police brutality. Having served as a human rights observer in Guatemala, Dan is deeply interested in Latin American politics and global affairs, and has a particular interest in using journalism to tell the stories of people who are marginalized by the mainstream media. He is sharing these strengths with the Summer Outreach Team by assisting with content engagement focused on storytelling with video and images. Dan is the lead outreach team member for the West Side and is working on Latino outreach in the Minneapolis Phillips and Powderhorn neighborhoods. Detra Wilson
Detra is excited to be working in St Paul and looks forward to meeting people throughout the community and building lasting relationships while spreading the message of E-Democracy. She has a degree in social work/counseling and has worked as a community organizer in urban neighborhoods. Detra co-leads outreach for central Saint Paul (Frogtown, Summit U, Union Park, and Hamline Midway) and is concentrating her efforts in the Frogtown and Hamline Midway neighborhoods. 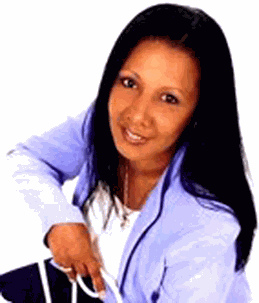 Donna Evans
Donna is a deeply committed community volunteer. Her most recent efforts include collaborating with Saint Paul City Councilmembers, the Aurora St. Anthony Neighborhood Development Corporation (ASNDC) and neigborhood residents in a successful campaign for three additional Central Corridor LRT stops. She alo served on the Saint Paul Promise Neighborhood Advisory Board and volunteered with the Promise Neighborhood high school Solution Action Groups. She has an Associate of Arts in Computer Science. Donna co-leads outreach in central Saint Paul (Frogtown, Summit U, Union Park, and Hamline Midway) and is focusing her efforts in Summit University and Union Park. Donna is also the new volunteer Forum Manager for the Summit University Neighbors Forum. 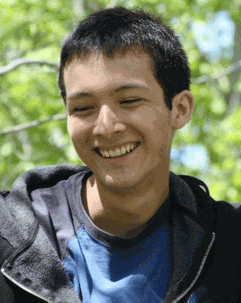 Gabe Keller
Gabe is a native Spanish speaker majoring in Linguistics at Carleton College in Northfield. “Online forums have the power to give people a voice and facilitate conversation between neighbors that leads to mutual understanding and cooperation.” Gabe co-leads outreach on the West Side where he grew up and is the lead outreach team member for the West 7th/Fort Road Forum.

Kaohlee Vue
Kaohlee is a first-generation Hmong American. She was born in Oshkosh, WI and has lived in West Saint Paul for the past 16 years. She is a first-generation college student and looking forward to receiving her Bachelors of Arts in Child Psychology in August. As an active volunteer, Kaohlee has been involved with the Center for Hmong Arts and Talents (CHAT) and has served on the Board of Directors and as President of the Board for the Hmong Minnesota Student Association (HMSA). Kaohlee co-leads outreach in north Saint Paul, is concentrating her efforts on the Como and Downtown (D17/Capitol River) Neighbors Forums, and focuses on the Asian Community. 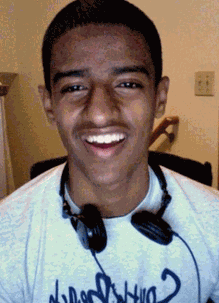 Naga Rumicho
Nagaâ€™s family immigrated from Addis Ababa, Ethiopia in 1998. “Growing up in an immigrant family, I have seen and experienced the struggles with assimilation, language barriers, and other things that immigrants face. The E-Democracy forums will help us improve the quality of life among the residents by opening a dialogue between neighbors.” He is a 2010 graduate of South High School in Minneapolis and is currently an Athletic Training major at Gustavus Adolphus College in St. Peter. Naga co-leads outreach in East Saint Paul and is the lead outreach team member for the Daytonâ€™s Bluff Neighbors Forum. 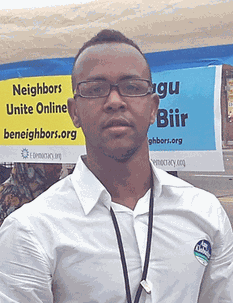 Sharmake Muse
Sharmake came to America from Somalia via a refugee camp Kenya in 2010 where he worked in youth and community development to help create communities of peace and empowerment. Shortly after arriving in the Twin Cities, Sharmake began presenting to American audiences about refugees and the refugee experience and helping with new immigrant orientation with the Minnesota Council of Churches (MCC) Refugee Service. He is working on his Associate in Arts at Saint Paul College and loves neighborhood libraries and coffee shops. Sharmake co-leads outreach in East Saint Paul and is focusing his efforts on the District 1 Neighbors Forum, which includes the Eastview, Conway, Highwood Hills and Battle Creek neighborhoods. 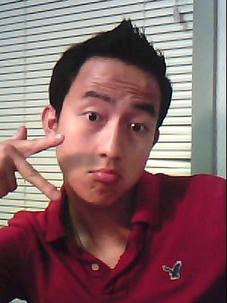 Vang Yang
Vang came to the United States at the age of four from a Thailand refugee camp. He grew up in McDonough and now lives on the East Side. â€œI am very passionate to do something in my community. I love working with kids, especially those who are in my shoes. I want to be a role model for these kids and my community by helping kids learn how to make healthy choices.â€ Vang is the head coach for the youth baseball team and a math tutor at the McDonough Recreation Center. He is also a tutor for Saint Paul Break Through, â€œI love teaching, especially math and physics.â€ He is currently a senior at Gustavus Adolphus College where he is pursuing a degree in math and education and doing research about how to help low income, diverse students be successful. Ultimately, he would like to run for a seat on the school board where he hopes to make changes to help all students become successful. He also loves sports and plays baseball, basketball, football, and soccer during his free time. Vang co-leads outreach in north Saint Paul and is the lead outreach team member for the Greater East Side (D2). Will Howell
Will came from Oregon to attend Macalester College in 2004. Although he lives in Cathedral Hill now, his heart resides in Mac-Groveland. At Macalester, he studied American politics and tried to affect change through political campaigns. But campaigns are not built for long-term civic engagementâ€”Will’s driving interestâ€”and he hopes to make a greater dent through the interactive, empowering structure of E-Democracy’s neighborhood forums. He’s a full-blown coffee connoisseur, and Jimi Hendrix’s dad once cut in front of him in line. Will co-leads outreach in north Saint Paul and is leading outreach efforts for the MacGroveland and the North End Neighbors Forums.

One thought on “The People Making Community Engagement Online Work”