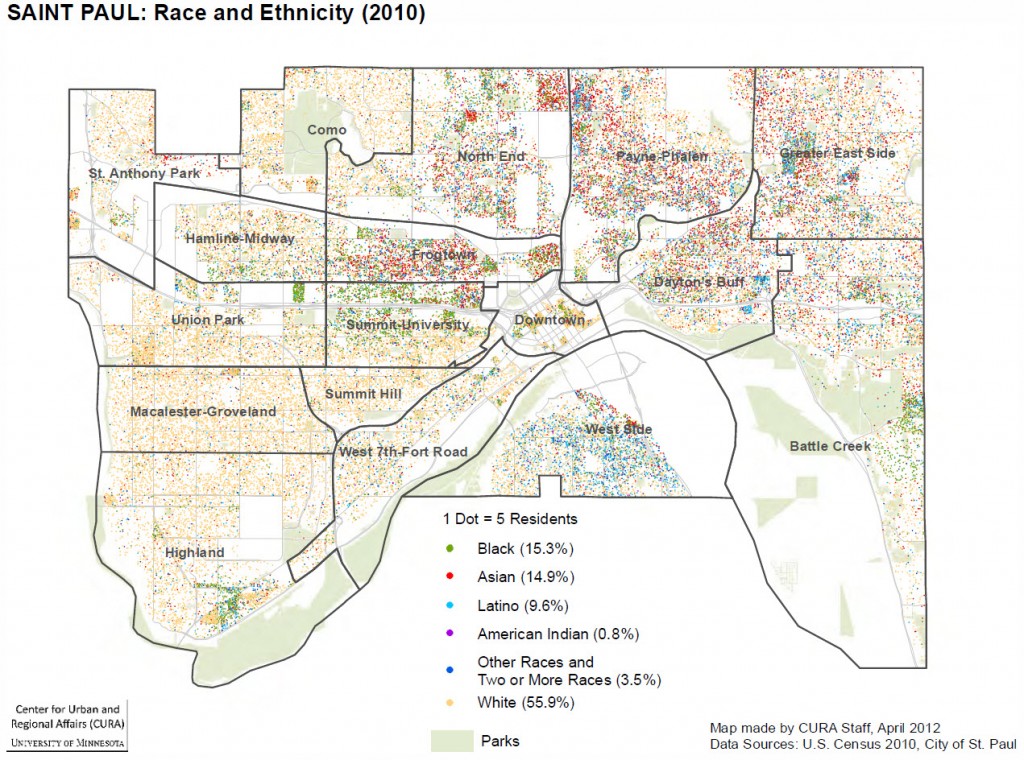 Thanks to mapping help from the Center for Urban and Regional Affairs, we’ve been able to target our inclusive online community engagement doorknocking in St. Paul.

Not on a Neighbors Forum? Join here for St. Paul and Minneapolis or any of our 17 communities across three countries.

(Yes, we are one of the only projects that signs people up for two-way online communities on paper … this technique is central to real inclusion and engagement. Our goal with each of our 16 St. Paul Neighbors Forums is to have forums that reflect the actual diversity of the area based on the census. We have challenging numeric goals based on population not just households (much of the non-White population is under 18) so we recruit toward the increasingly diverse St. Paul of tomorrow as it becomes majority non-White.

The “dot” format takes its inspiration from theÂ work of Bill Rankin. When you scroll through these maps of metros around the countryÂ (note that we changed colors so you could “see” more), you get a sense of just how dynamically layered much of St. Paul is compared to other communities. In St. Paul, much of the population is all mixed together with no single absolute majority population in almost half of the District Councils. This means bridging cultures/races online within the same neighborhood is possible.

Here are the large PDF files. Zoom in via the PDF to get a close view. 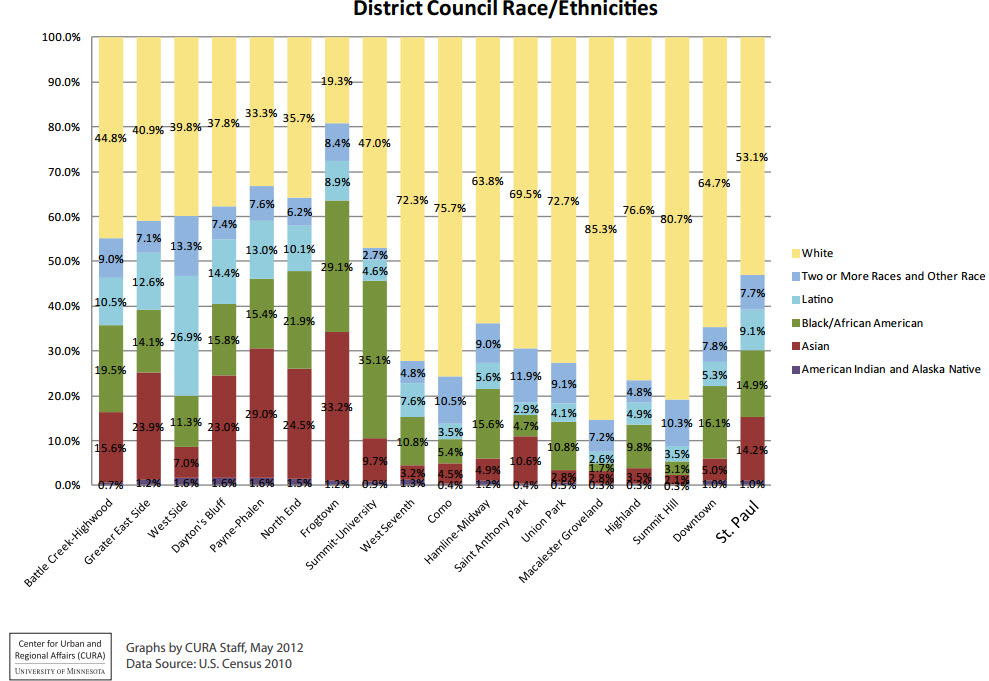 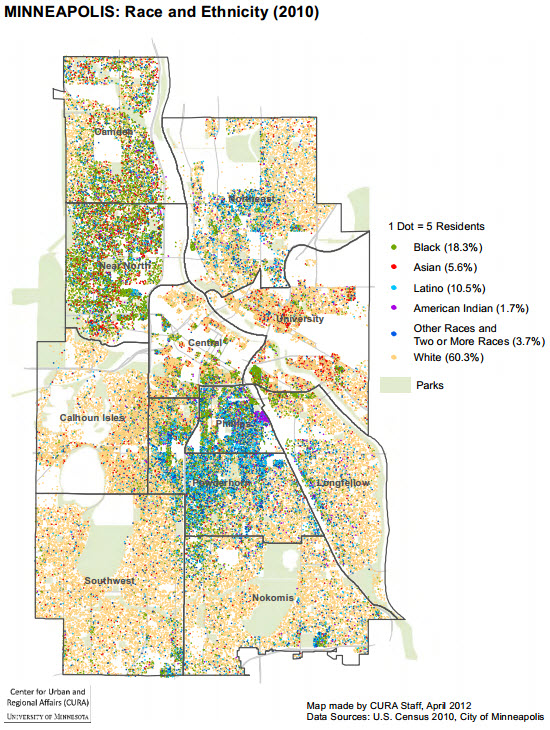