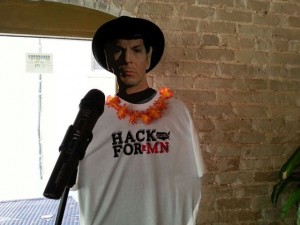 The other month we summarized with some “Clift’s Notes” the Civic Engagement in the Digital Age report from the highly respected Pew Internet and American Life Project. Despite all of the potential for the Internet to raise new and less represented voices, in aggregate it is not yet closing the democratic divide. If left to its current path, online engagement might actually widen the democratic divide (my take).

This week, a great conversation on the Code for America Brigade online group highlights the challenge of connecting the growing civic tech movement with broader social good and inclusion in local communities. Â In short, we need to bring today’s changing America to the table in each local community to help design and build the civic apps of the future and not just hope people from very diverse backgrounds and different needs or priorities are somehow magically served by nifty top-down or solo ideas.

So building on ourÂ BeNeighbors.org field effortÂ of our Knight Foundation-fundedÂ Inclusive Community Engagement Online initiative,Â here is what we are doing to take action: